Palmscher Park is the name of a residential district in the north of Esslingen near Stuttgart. As part of a restructering project, former military barracks were converted into high-quality apartments. An underground car park was built below the barracks courtyard, the courtyard itself was landscaped and provided with play areas.

When the buildings were converted for residential use at the end of the 1990s, balconies supported off the ground were retrofitted, 74 of which were refurbished with KEMPEROL® in the summer of 2010. As balconies supported off the ground do not suffer from thermal bridges, ceramic tiles were laid directly on the 12 m² concrete slabs. The connection to the building wall was made with a silicone joint. However, leaks at this joint and at the outlet proved to be problematic in the subsequent period. Rainwater seeping through the silicone joint stained the building wall below, and water seeping through the joints between the tiles was able to reach the unprotected concrete slab. The result was not only ugly but also damaging for the basic structure of the building.

The floor slabs were waterproofed with KEMPEROL primarily in order to protect the concrete but also to create a flat surface so that water can drain towards the outlet. For this reason, rolls of material were not an option. Firstly, the ceramic tiles and the tile adhesive were removed completely and a new rainwater outlet was installed. The subsequently applied KEMPERTEC EP Primer optimises the full-surface bond between the floor slab and KEMPEROL waterproofing. As the apartments are occupied, there was no alternative to the odourless and solvent-free KEMPEROL variant. Once the waterproofing had cured, drainage fleece was laid and a dry layer applied into which the tiles were fitted at a gradient. The connection to the building wall is now protected by sheet metal flashing. 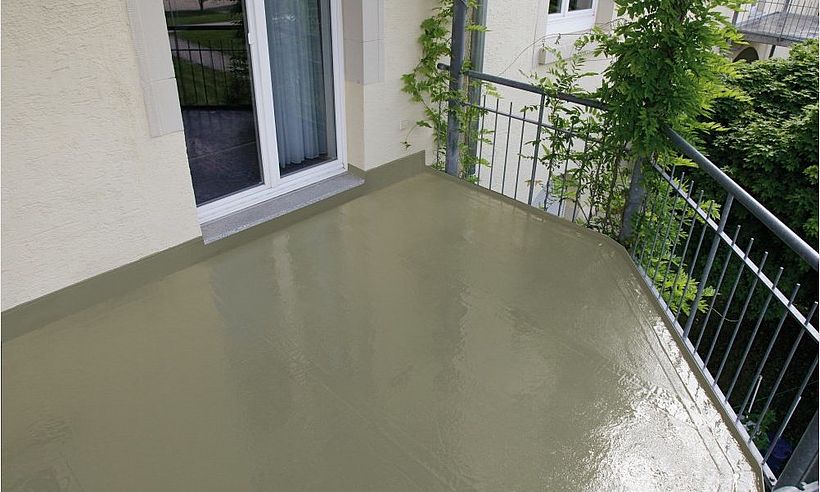 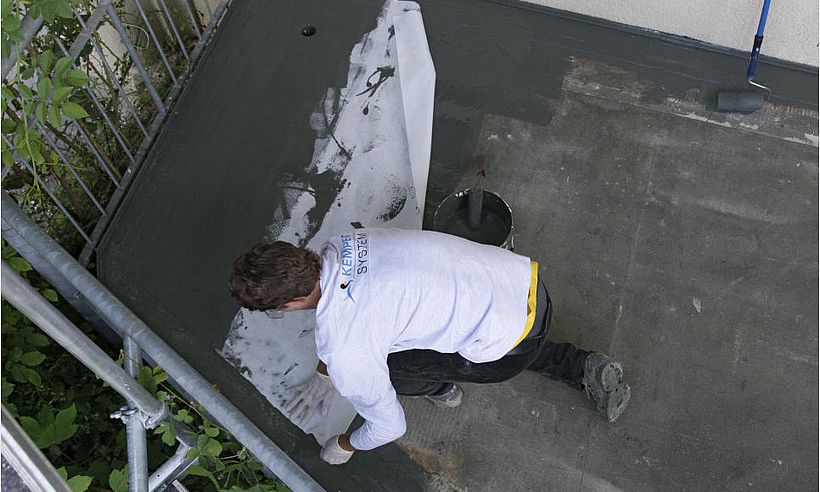 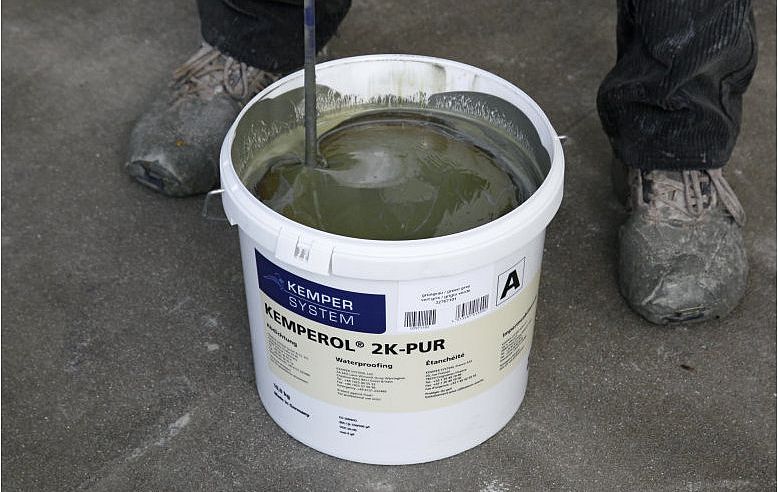 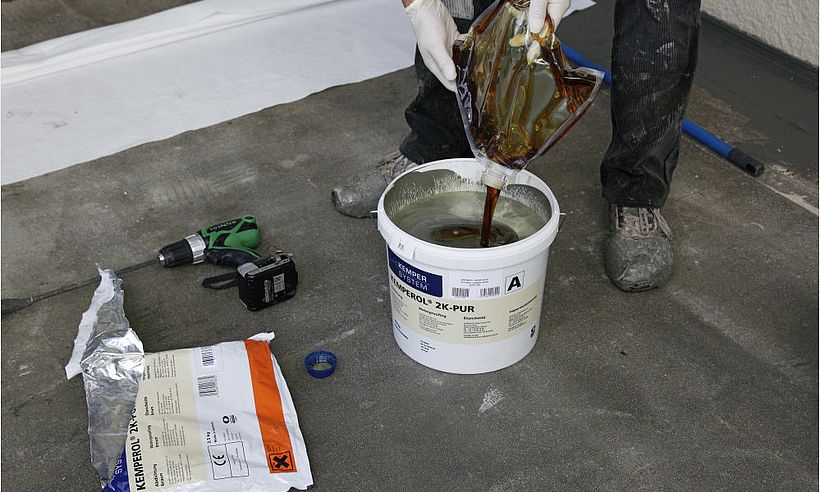 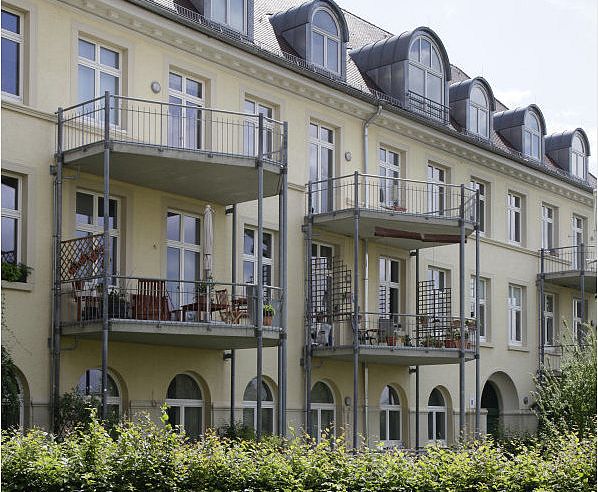 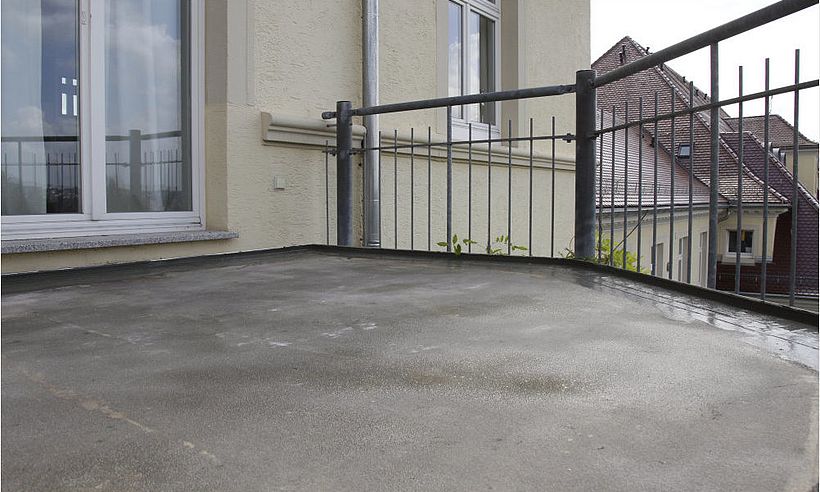 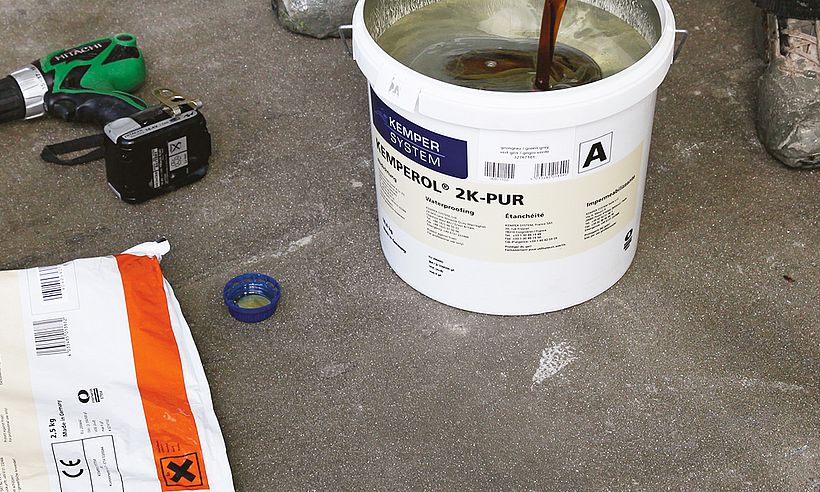 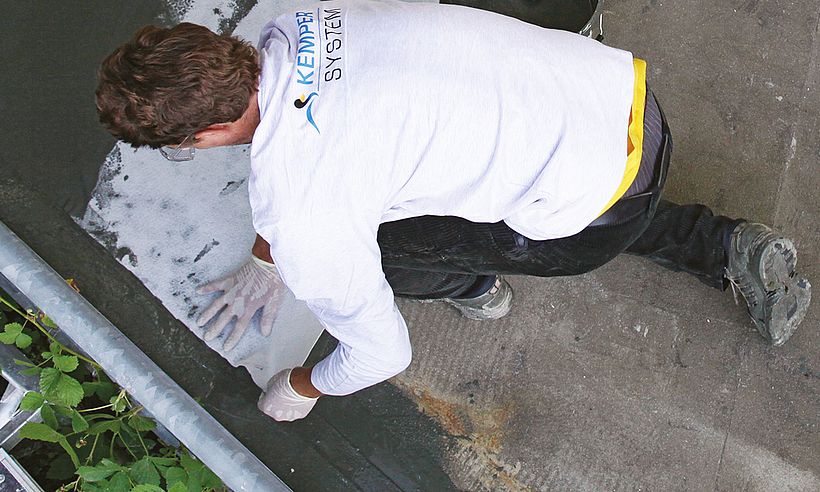