A green roof on the car park

A green roof on the car park

Kiley Garden is a 7,432 m²m recreational area in the heart of Tampa, Florida. Dan Kiley, who passed away in 2004, was one of the world’s most influential landscape architects. A characteristic feature of his gardens and parks is the strict geometrical alignment of all the elements. Also in Kiley Park, which was completed in 1988, the water courses and paths, trees and lawns follow a mathematically precise plan. With its geometrical structure, the park also references the cylindrical, 31-storey office tower designed by the architect Harry Wolf that lies at its far end. Following Wolf’s suggestion, Kiley continued the same pattern in the park that the architect had selected for his building. The park therefore acts as a continuation of the architecture and connects it with the city.

Kiley Park is a green roof on top of a car park. Structurally speaking, this quickly caused problems. After only a few years, water was found to be dripping down from the garden onto the cars parked below. There were several reasons for this: Tree roots had penetrated the waterproofing and attacked the basic structure of the building. Poorly executed waterproofing around the penetrations and pipes, insufficient drainage, sprinklers and irrigation systems had all contributed to this damage. Additionally, the large paving stones and the top soil were too heavy for the eroded supporting columns of the car park. In order to rectify the problems, the owner shut down one well and turned a large, central pond into a lawn.

The damage was so extensive that the City of Tampa considered demolishing the entire park in order to create space to build a new art museum. Local architects Chris Vela and Philip Crosby objected to these plans and organised a protest. They started their campaign with public clear-up meetings and established themselves as advocates for the reconstruction of Kiley Garden. In 2005, the organisation “Florida Trust of Preservation” put Kiley Garden on the list of the “eleven most endangered places” and Vela and Crosby received the “American Institute of Architects Presidents Award” for their rescue operation. Thanks to the commitment of local politicians, residents and activists, the extensive restoration work began in 2006.

The number of geometrical areas were reduced with only the best elements being retained. The necessary work involved removing trees and dead plants, applying the waterproofing and restoring the geometrical areas and was all done by hand. During the park’s construction in the 1980s, waterproofing technology was not as advanced as it is today. Having learned from past mistakes, the focus was on durable protection when it came to selecting the right product for the job. A decision was made in favour of KEMPEROL, the liquid applied waterproofing system developed in Germany.

The experts were won over by the technical performance of the liquid applied waterproofing system. The full-surface bond with the substrate stops moisture moving freely through and infiltrating the structure. The reinforcing fleece dependably bridges cracks and is flexible enough to absorb structural movements. Proven resistance to root penetration makes KEMPEROL the ideal choice for waterproofing the plaza and the planters. Once the trees had been removed, the city started assessing the extent of the damage to the car park and estimating the exact restoration budget needed. The entire top structure had to be removed leaving only the concrete ceiling. Tarheel Roofing Inc., St. Petersburg, an experienced and certified KEMPEROL® contractor, applied the new waterproofing on top of the cleaned and primed substrate. A lightweight substrate of sand, stones and humus was laid on top of the cured KEMPEROL surface. This helps to sufficiently reduce the load on the car park. Many of Kiley’s original paving stones were restored and reused, and the original design of several of the water features was also preserved. 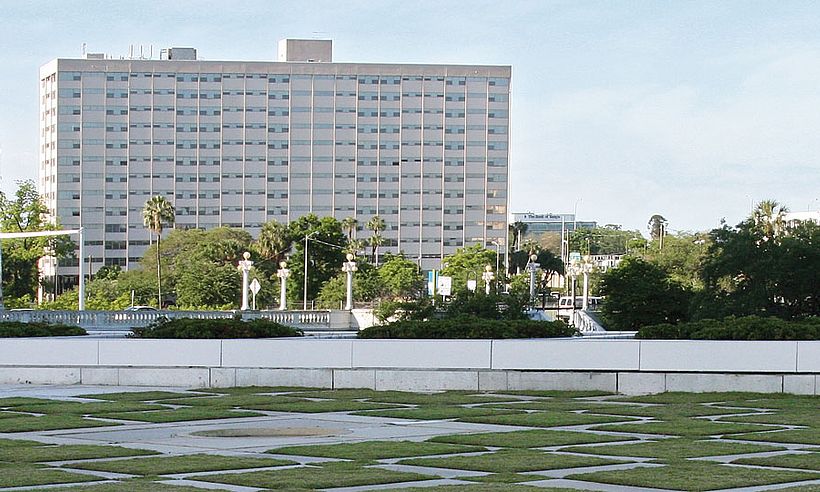 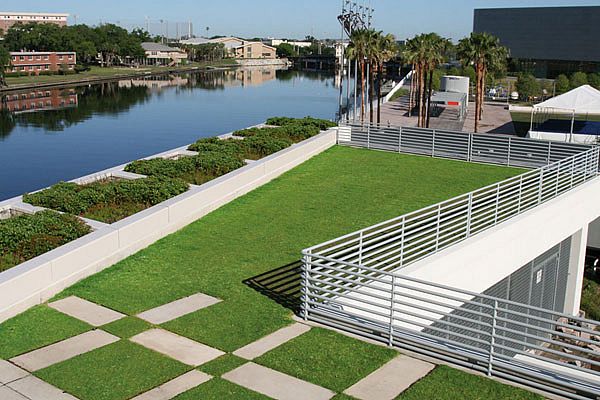 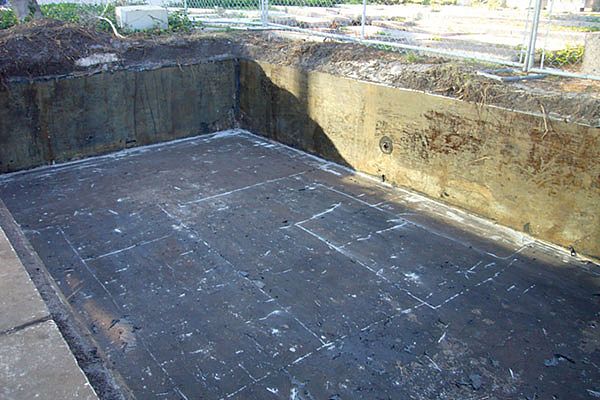 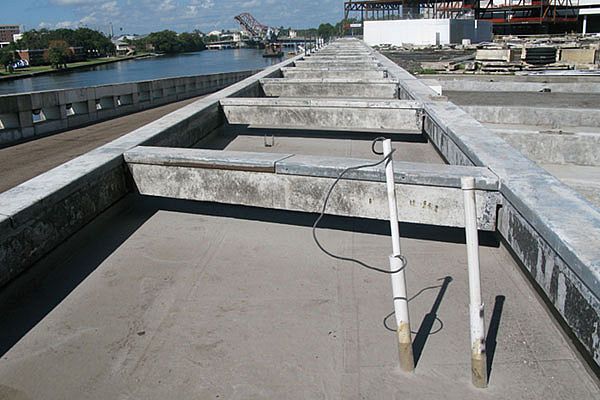 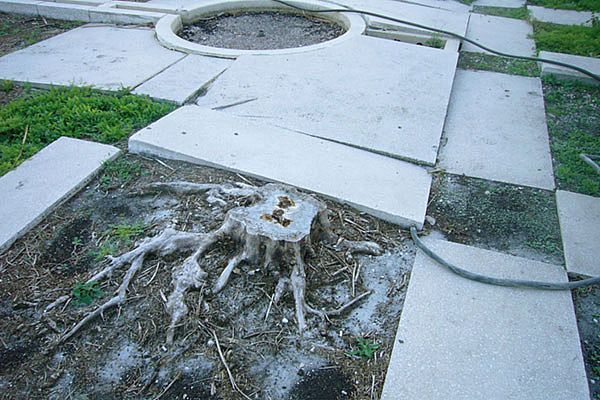 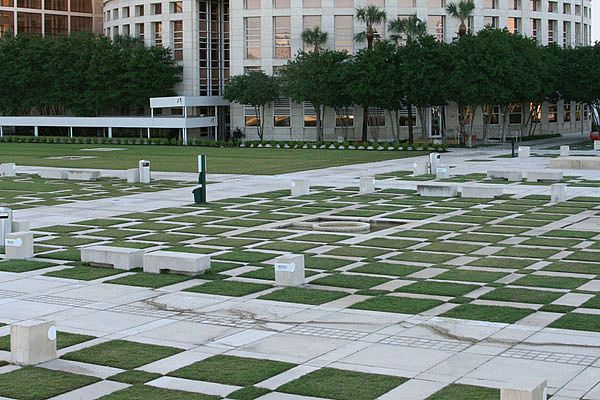 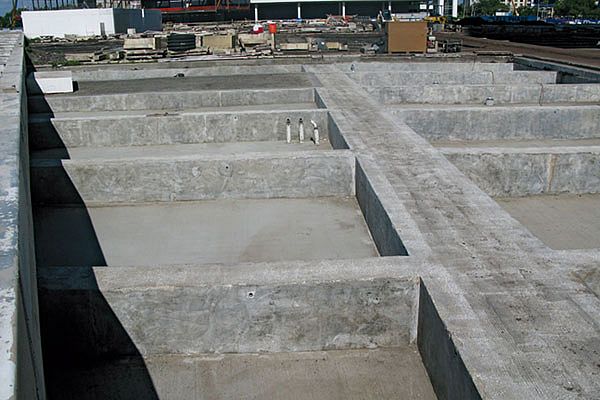 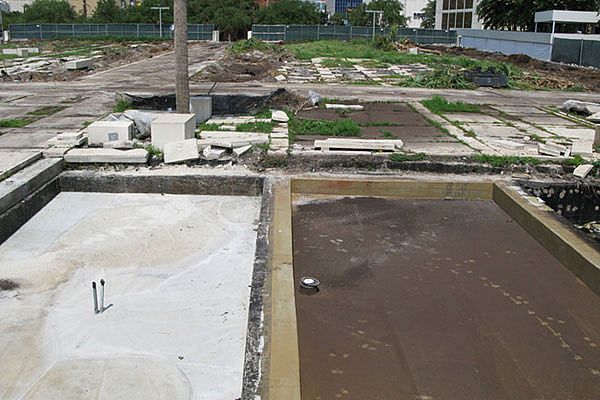