489 bathrooms waterproofed at the Motel One in Hamburg

The hotel chain Motel One, a low-budget design brand, has been incredibly successful since its first <br/>market launch in 2002. Within just a few years, the number <br/>of hotels operated by the Motel One Group in Germany has risen to almost thirty<br/>, and more new hotels are scheduled to open in the near future or are being planned. The Group’s CEO <br/> Dieter Müller was honoured as the Hotelier of the Year 2009. <br/>High quality, premium materials and an attractive design concentrated on
compact floorplans – Motel One presents itself as the quality leader in the low <br/>budget hotel segment in Europe. This assessment is supported by a test conducted by the German
Institute for Service Quality (DISQ). Among eight well-known <br/>budget hotel chains, Motel One was the test winner in the field of service quality. The concept – <br/>a lot of design for little money at first-class inner-city locations – is<br/> so in tune with the spirit of the times that the number of overnight stays had already exceeded the million mark by far in 2008.

The trend is unbroken and Motel One continues to expand. In April 2010, the Group opened a newly constructed building in Hamburg’s trendy St. Georg district near the city centre, the third hotel in the Hanseatic city. The modern rooms also include a bathroom in granite / glass look and a rain shower. The 489 baths were waterproofed with solvent-free KEMPEROL 022. One of the characteristics of hotel buildings is the large number of wet rooms concentrated on a relatively small overall area. Errors can rapidly result in substantial damage. Professional waterproofing solutions are crucial in such environments, as tiles are never completely waterproof.

Known weak points are the joints. In order to avoid expensive damage to the building it is essential to use durable protection against leaks and infiltration. Since ETAG 022, which deals with “Watertight covering kits for wet room floors and/or walls”, came into force, “liquid applied waterproofing systems with and without<br/> a wearing course” have been one of the products regulated at European level. Contractors who opt for liquid applied waterproofing are on the safe side both in terms of state-of-the-art technology and in legal terms. With KEMPEROL 022 Waterproofing, KEMPER SYSTEM, the global leader in the field of liquid applied waterproofing, has developed a solvent-free waterproofing system especially for this application area which is used in wet rooms under tiles and offers an effective alternative to common cement-based products.

A challenge for tilers

Master roofer Jan Schlüter, who has been a KEMPEROL contractor for many years, and his team were responsible for applying the KEMPEROL waterproofing system. Although the application of liquid applied waterproofing is a routine job for roofers and building protection contractors, it is a relatively new field for tilers. So far, only a few tilers have recognised the potential that the new ETAG 022 guidelines open up. Jan Schlüter: “In principle, the application of KEMPEROL is practically identical in all projects. We have many years of practical experience and always look forward to proving our expertise and competence in other applications than roofs and balconies”. In Hamburg, liquid applied waterproofing was used in a total of 489 bathrooms around all connections and penetrations in the walls and floors as well as on the walls in the showers up to a height of 1.8 m (which was the height of the backsplash). Liquid applied waterproofing was also used for the floors. In addition to the 484 standard bathrooms, five barrier-free bathrooms with floor-level showers and floor drains were waterproofed. The waterproofing bonds fully to the substrate, meaning that moisture has no chance of seeping<br/> into the basic structure of the building. One of the key advantages of the material is its easy handling. KEMPEROL 022 is applied with a roller straight onto the plasterboard or concrete substrate, a layer of reinforcing fleece is laid on top to cover all cracks and then reworked with a second layer. Finally, the surface is covered with natural quartz to enhance bonding of the tile adhesive. No primer is needed on non-absorbent substrates. Tiles can then be glued directly onto<br/> the cured waterproofing surface.

Protection down to the very last detail

KEMPEROL 022 can be applied with a roller, making it very easy to create even surfaces. And the fleece reinforcement ensures that the necessary layer thickness is achieved homogeneously across the entire area. Since the product is applied in liquid form and adapts to any substrate shape, even the smallest and most complex details are securely and reliably incorporated in the surface waterproofing. 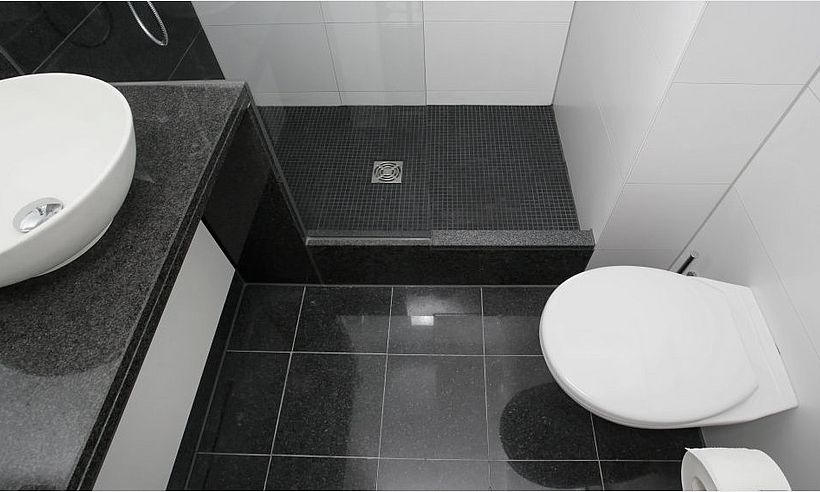 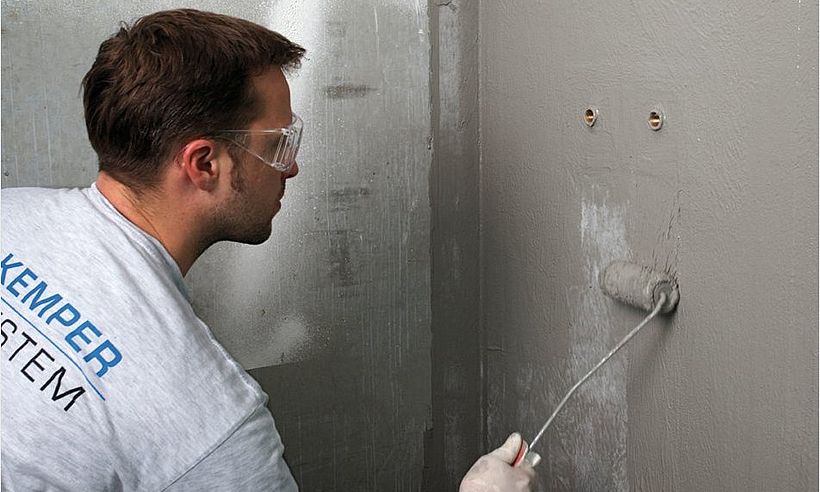 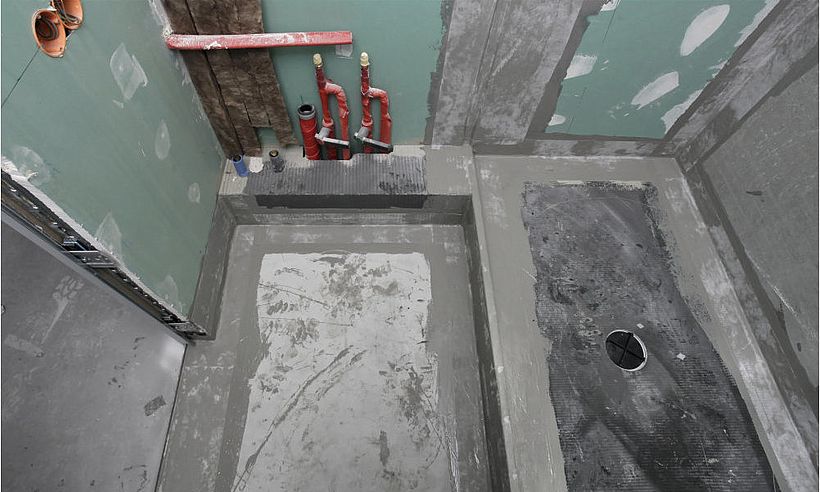 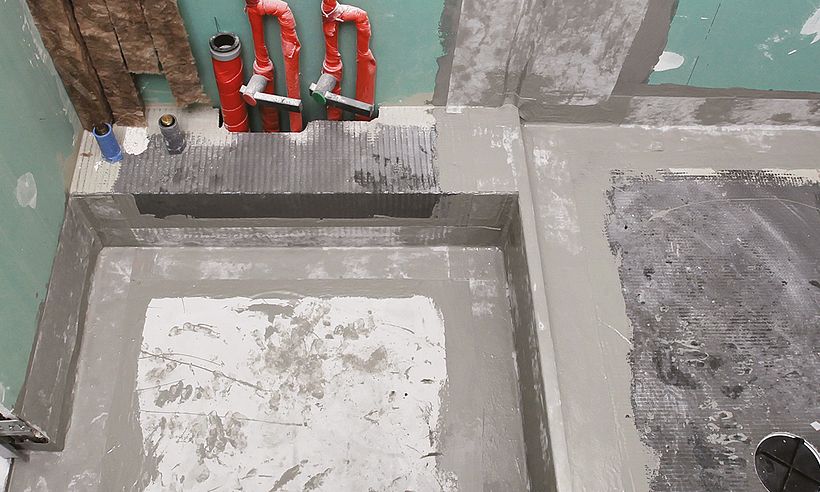 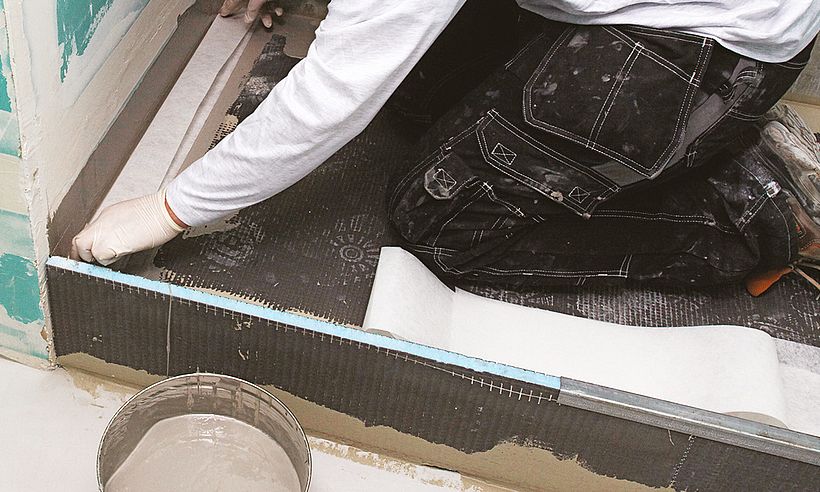 489 bathrooms waterproofed at the Motel One in Hamburg

Object: New construction of an office and hotel building

Leaseholder of hotel: Motel One